(My afterword for Bread co-pastor Terry Austin's new book, "Church Without Fences," to be released soon.)

When I first heard Glenn Hinson, who wrote the forward for this book, say thirty years ago in a seminary lecture, “Christ has a Center but has no circumference,” a new imagination was planted within me.  My entire lifetime of ministry has been an attempt to incarnate this center of Christ for the mission of the church.

I think I speak for most Christian ministers in saying that the substance of their work is the establishment of this center.  But, the corollary to the establishment of this center is the disestablishment of the circumference:   the boundary that the church constructs in order to preserve and sustain its institutional character.  An institution always requires—frankly, demands-- the assertion of control and the consolidation of power.  The more and longer that control is asserted and that power is consolidated, the more distant this circumference gets from the original center it was designed to protect.

This construction/de-construction dynamic has been at work throughout the history of the church, and continues to shape the Christian churches today, including the one described at length in Terry Austin’s lively book.

On the one hand, the location and establishment of Christ as the center of the community requires a construction.  The construction of this center is accomplished with the Teachings of Jesus, (particularly the Sermon on the Mount and the parables), the declarative and charismatic energy of the Apostles after the resurrection (principally recorded in Acts), and the vision of an inclusive community of love implemented by Paul and later interpreted and outlined in his letters.  Preaching, teaching, studying, and enacting these remarkable narratives will establish this creative Center of Christ.  Just try it and see what happens.

But, on the other hand, the announcement of this vision and the telling of these stories and the implementation of this agenda always requires-- no, again, demands-- a concomitant disestablishment of the circumference that the institutional church has drawn in order to sustain and preserve itself.  This circumference is made up of doctrines, offices, programs, buildings, procedures—in general, things that are not to be found in the apostolic, ancient writings listed above—and must be dismantled in order to make room for the construction of the center.   But, as any honest institutional minister can attest, the dominant activity of the institutional churches surrounds the circumference—not the center.  We pastors have been co-opted by and consumed with the managerial and administrative tasks of local church ministry, and are generally exhausted by it.   As Terry pointedly observes, we were called to this work out of the center, and for the center, but it’s the circumference that gets most of our attention.

It just isn’t possible to establish the center and the circumference in equal measures of energy.  One tends to displace the other.  Any minister who has enthusiastically attempted the construction of a center will readily testify that work on that project has been as fulfilling as the de-construction of the circumference has been frustrating.  The center of Christ and his love is simply too inclusive and imaginative to sustain much energy for the circumference, which pales in comparison.  If you don’t think this is true just ask somebody who does not go to church why he or she does not attend.  They will not say it’s because Jesus isn’t interesting or compelling.  Again, just try it and see what happens.

This tension between the center and the circumference in the life of the church is, of course, not new.  It has marked the history of the Christian movement from the start, and can clearly be found in the letters of Paul.  It characterized the break of the Way from the synagogue life in the first century, the occupation of all those pagan Greek temples by the worshiping community after Constantine (why else does every First Church have Corinthian columns?), the formation of the monastic order (somebody had to pray and make good wine), the protesting and reforming of the church in the 16th century, and the rise of denominationalism, particularly in America.  All of this history is fraught with both spiritual failure and spiritual success, and whatever happens in your church will be also.

But, now that you have read this book, ask yourself these questions:  What am I protecting and preserving in my church?  Where do I spend most of my time and energy in church?  Who holds the congregational decision-making power and influence?  What is their color?  Gender?  Economic class?  Which of Jesus’ parables challenges and touches me most?  How is my church enacting those parables?  What happened to Peter at Pentecost?  What did he say?  Is my church saying that?  Living that?  How we answer these questions determines how the establishment of the center is progressing in our faith communities.
For anyone who cares to observe it—and that includes most pastors and lay leaders (note Terry’s analysis of that curious term)—we are definitely in a season when something old is passing away, giving rise to what Phyllis Tickle calls a “great emergence” of something new.  For those of us who have a high ecclesiology—fancy language for a deep belief in the church as the Body of Christ—we believe that what is unfolding is less “new” than “renewed.”

In this book, Terry Austin not only contributes to the growing conversation about why this building up and breaking down must be done in order for the promise of Christ to be fulfilled, but also gives practical pastoral counsel, drawing from a lifetime of church service, about how it is being done in one concrete community of Christ called Bread in Fort Worth, Texas.  I have the pleasure of watching this pastor at work, and know he puts his money where his mouth is.  It is of great benefit and enrichment to me to have Terry as a colleague and co-pastor at Bread.  He is an engaging conversation partner and authentic shepherd, and am fortunate to receive his great spirit.

Don’t be afraid to try some of the things Terry describes here, and be sure not to take yourself too seriously.  Do them with the self-deprecating humility and humor that Terry reveals here.  There should be much “clowning” in Christian ministry, and when you have a colorful circle of misfits, seekers and refugees like Bread does, it isn’t hard to laugh.

Email ThisBlogThis!Share to TwitterShare to FacebookShare to Pinterest
"Church Without Fences" Foreword 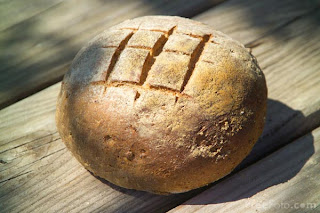