There Is A Place For You

The Christmas story holds endless fascination for us for many reasons. One of the characters who captures my imagination in this drama is the unnamed innkeeper.

As I see the movie playing in my head about this holy night, there are many thousands of folks on the roads of Judea that week, each returning to his or her hometown to be registered by the government for the census, as was the decree of the empire. Awful time for a pregnant woman to have to travel, but that was the law.

The trip from Nazareth to Joseph’s hometown of Bethlehem was over 60 miles, and took a number of days to travel. Mary was heavy with child and bone tired. Joseph had already approached several inns along the road that late afternoon, but they were all already full. No room. It was getting late and Mary couldn’t go much further.

The anonymous innkeeper of Luke’s immortal story sized up the situation instinctively. He too had no vacancy in his establishment, but instead of turning the young couple away, he performed a simple act of kindness: he made a place for them.

He asked the young couple to indulge him a few minutes. He disappeared to the stables where the livestock were boarded for the evening. He found one empty stall that he carefully swept. He placed fresh hay on the dirt floor. He cleared out a feed trough and lined it with the cleanest saddle blankets he could lay hold of. It wasn’t much, but it would be better than a cold hillside.

Then he led the holy family to the barn of Messiah birth.

He could have easily and perhaps justifiably gone about his business. He was stretched to capacity that night with so many guests, distracted by so many needs. But, in the midst of all the stress and demand of that fateful evening, he took the time. He made a place.

The biblical texts of course do not mention an innkeeper. And make only a singular and brief notation of an inn. But, in our imagination we see an individual of exceptional moral compassion and sensitivity, who employed a simple kindness that played a critical role in the arrival of the Christ child.

I see another scene in the movie in my head: Jesus’ mother and father telling him this story over and over again throughout his boyhood moral formation, about a stranger’s generosity that made his birth possible, a surprising provision on a cold night, and a Divine Providence so ingenious that it transformed the unlikeliest of persons into an angel of mercy.

There are angels dispatched for us from on high right now, if we have the cinematic and sanctified imagination to believe it. They are busy acting on our behalf, bringing about our good, transforming our circumstances of scarcity into interventions of abundance. They are clearing out the refuse, preparing what Hemingway piercingly described as that “clean, well-lighted place” we all long for.

Long no longer. It’s Christmas. In Jesus, God has made room.

There is a place for you.
Posted by Charlie Johnson at 12:06 PM 2 comments:

The Birth of a Baby

Of all the dangerous and miraculous stories of scripture, the story of the Virgin Birth has captured the imagination of the church in a unique way.

Historic Christianity insists on embracing the Virgin Birth precisely because it synthesizes brilliantly the core imagination of God becoming flesh. It calls us to an order only love can create. 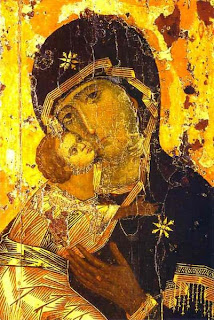 A young Jewish woman is impregnated by the Holy Spirit, and carries a baby inside her out of wedlock, and then is informed by an angel that the baby she is carrying is the Savior of the world. A little illegitimate child as Messiah. A young woman who transcends the narrow confines of her social, economic, and cultural context to give birth to Messiah. It really is the quintessential impossible story. And that’s why the church has always insisted that we embrace it. 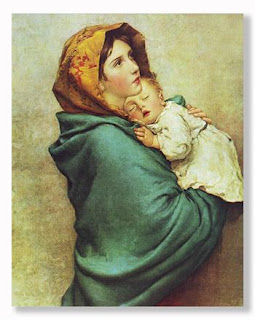 But, the story of the virgin birth is also about the equally high purpose of establishing Christ's humanity. The mystery of the incarnation is found in a Messiah who gestates in the belly of young Jewish peasant girl for nine months only to be delivered in a labor of love that changed the whole world. The doctrine of the virgin birth was originally developed to counter the Gnostic notion that Jesus was not fully human, did not develop from something so tiny and tenuous as a fertilized egg, did not grow as a fetus inside a teenage girl, did not cause that young mama to puke every morning for weeks, was not heaved out into the world in a painful and bloody birth like every other human on the planet—and in a smelly barn with livestock at that. You can’t get more physical and sensate than a birth.

Jana and I have big news: we are going to be grandparents in February. A little girl already named Corley Elizabeth will be born to Chad and Mary Beth. I give you fair warning right now—you won’t be able to live with me. Grandparent names have already been claimed. Jana will be ‘Nana’ and I will be ‘Papa Charlie.’ Of course, that little girl can call me anything she wants to! Our precious Mary Beth miscarried twice, so we see this baby as a miracle. But, then again, aren’t they all?

We cannot pay homage to the god of science, and worship at the altar of human rationalism, and celebrate the story of the virgin birth at the same time. We are called to suspend and bracket science, to trust that there is an order beyond what we can analyze.

We have to be embarrassed, because, as the great novelist Flannery O’Connor wryly commented, “Mystery is a great embarrassment to the modern mind.”