Jana and I were honored to be invited back to help celebrate the 60th anniversary of our beloved Trinity Baptist Church of San Antonio this past weekend.

New senior minister Les Hollon graciously extended an invitation to us weeks ago, and we eagerly accepted. I have returned to preach memorial services in the Trinity community on a number of occasions since I left three years ago this very week, but this is the first time I have had the privilege to preach a worship celebration. 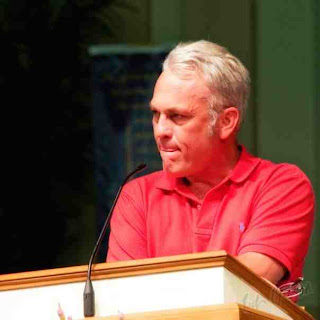 It was an absolute delight, full with Trinity’s signature exuberance and warmth.

It was particularly thrilling to join in the dedication of the TriPoint community outreach center at St. Mary’s and Hwy. 281, just several blocks south of Trinity’s main campus at 319 E. Mulberry Street. Six years ago, God gave our congregation the vision to acquire the vacated Albertson’s Supermarket building at that location.

In one of the most notable outpourings of generosity I have ever witnessed from a congregation, Trinity raised almost $4 million in pledges to purchase that building in only two weeks’ time. Through the years, it has been used to house victims from Hurricane Katrina, host young and fledgling congregations at worship, and warehouse the San Antonio Junior League’s Christmas toy program.

But, the project cranked into high gear last year when the San Antonio YMCA agreed to partner with Trinity in moving their downtown facilities to the location. As a result, TriPoint now hosts a state-of-the-art fitness center its north side, and the Grace Coffee Café on its south side. Folks from all over the city are now gathering for exercise, fellowship, worship, and conversation because of Trinity’s remarkable vision of outreach. 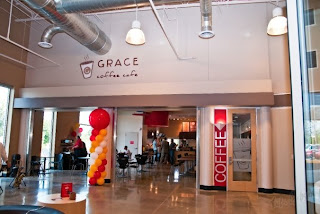 We were met in the parking lot of TriPoint by our good friend, Rene Balderas, the chief architect for the project. Rene and Liz and their three beautiful girls joined Trinity during our ministry there, and it is a great gratification to see his ample creative energies come to fruition in such a facility. My colleague Jaime Puente, who joined our ministry team at Trinity, and who was responsible for much of the concept and program development of TriPoint, gave us the tour. Isaac and Cindy Rodriguez, who also united with Trinity on our pastoral watch, operate the Grace Coffee Cafe.

Simply put, we were stunned. The place is breathtaking. What was a gigantic box a short time ago is now a dazzling recruitment center for the Kingdom of God.

After the dedication, we moved to the main campus for a barbeque supper and worship celebration. We hardly got to take a bite of our brisket because of our many wonderful friends greeting us, welcoming us back home.

Who needs food when there is such nourishing fellowship?

Then we moved down the Musselman Corridor to the sanctuary where we joined together in a rousing celebration of gratitude, remembrance, renewal, and hope. Through numerous testimonies and video presentations, we were reminded of Trinity’s rich 60 year history—and challenged to dedicate ourselves anew to the work of Christ through us far into the future.

The next morning, Pastor Les presented his inspired vision of a coordinated and interfacing ministry of Trinity Baptist Church in three locations—the main campus, the Ruble Community Center, and TriPoint—and gave insightful theological interpretation to this tripartite ministry around the doctrine of the Trinity: God the Creator, Redeemer, and Sustainer. It was imaginative pulpit work, and we left energized for the journey ahead. 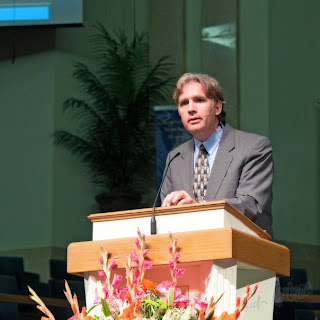 God is good to give us this sweet time of reunion and reaffirmation. We are grateful.

Glad reunion, as my pastor John Claypool would say.

My little Trinity friend told his mother at bedtime Sunday night, as she tucked him in, “Mom, now I get to miss Pastor Charlie all over again.”

But they would not be nearly so glad if they didn’t strike resonance within us for another place, provide us with intimation of another time, and lead us to T.S. Eliot's happy conclusion that we will someday “arrive where we started/And know the place for the first time.”
Posted by Charlie Johnson at 9:29 PM 10 comments:

The decision of the Southern Baptist Convention to find Broadway Baptist Church not in friendly cooperation is a missed opportunity for the denomination to reverse its regressive slide and take a small, safe step in the direction of inclusiveness.

For a year now, both Broadway and Southern Baptist leaders have worked diligently to maintain its historic, 127 year relationship. The ties that bind the church and denomination are strong and numerous, particularly given Broadway’s close relationship with Southwestern Seminary. Though archaic today, the Southern Baptist Training Union was launched in Broadway Baptist Church. (Anyone who has ever actually had to endure Training Union classes might conclude Broadway deserves to be ousted for introducing such an uninteresting program to Baptist life.)

Last summer a motion was made by a North Carolina pastor to remove Broadway from the Southern Baptist Convention on the grounds that the church was in violation of Article III of the SBC Constitution which prohibits churches from taking any action “to affirm, approve, or endorse homosexual behavior.” How he concluded such a thing is a mystery; he has never had any formal communication with the church.

Nevertheless, the motion was referred to the Executive Committee of the Convention which opened up a dialogue that was largely respectful and gracious. A spirit of concord and mutual understanding prevailed in our conversations and correspondence. A number of Southern Baptist leaders were helpful and constructive in behind-the-scenes ways to bring the matter to the positive conclusion of Broadway’s continued friendly cooperation with the SBC.

It became clear early on that the Executive Committee did not wish to disfellowship Broadway. They seemed painfully aware of the negative, intolerant image of the SBC in American public life, and were determined not to do anything more to contribute to that image. Furthermore, the Committee appeared to embody more diversity and complexity than I had imagined.

We explained before the Committee that Broadway has never entertained any formal order of business before the congregational body that constitutes an endorsement of homosexual behavior. We further explained that church membership and congregational service in no way denotes ratification of the behavior of the individual holding that membership and performing that service.

Discussions were candid and thorough. More conservative voices on the Executive Committee wanted Broadway to do something clearly not required by the SBC Constitution: take formal congregational action to condemn homosexual behavior. This extraordinary measure has not been required of any other SBC church. It would be unprecedented and unauthorized. Such requirement repeatedly surfaced in our deliberations, and each time the Executive Committee backed off it.

Our presentations were thoughtfully and hospitably received. A spirit of Christian reconciliation emerged. Several Executive Committee members privately questioned the SBC’s authority to pursue the matter. I felt we had a historic opportunity to move the denomination in a progressive direction. It seemed that the Committee was prepared to receive our direct, good-faith testimony of continued cooperation rather than scurrilous allegations from unnamed sources outside our congregation. (Perhaps when we finish purging our church roles of homosexual persons, we can get to work on weeding out the gossips.)

The breakdown came when those advocating the more rigorous constitutional test won the day. It became clear several weeks ago from the Executive Committee that Broadway would have to implement measures to identify, isolate, and distinguish our gay and lesbian members from the rest of the congregation in order to be found in friendly cooperation. Of course, conscience, congregational autonomy, and common decency prohibit us from doing so.

Now, it appears that the constitutional language as presently stated in Article III is not sufficient. It is not enough for cooperating Southern Baptist churches simply to take no action to affirm homosexual behavior. They must now take formal action explicitly to disapprove such behavior.

Every Southern Baptist church of any size has homosexual members. These friends pray with us, sing with us, give with us, serve with us, and take the Body and Blood of Christ at the table of the Lord with us. Will the test imposed upon Broadway by the denomination now be required of all the churches?

The recommendation to disfellowship Broadway was unanimously passed in the Executive Committee. It was approved by the Convention without discussion. Not even one lone solitary dissenting voice. Such uniformity of thought and silence of conscience means that the SBC remains Baptist in name only.

The moral legalism inherent in the Southern Baptist Convention’s decision indicates the spiritual disease infecting and destroying our Baptist body today. Instead of focusing our energies of love on a lonely and hurting world, we are obsessed with endlessly parsing out arcane legalities designed to assert our own moral purity and superiority.

It is a sound and fury signifying nothing.
Posted by Charlie Johnson at 10:16 AM 66 comments: